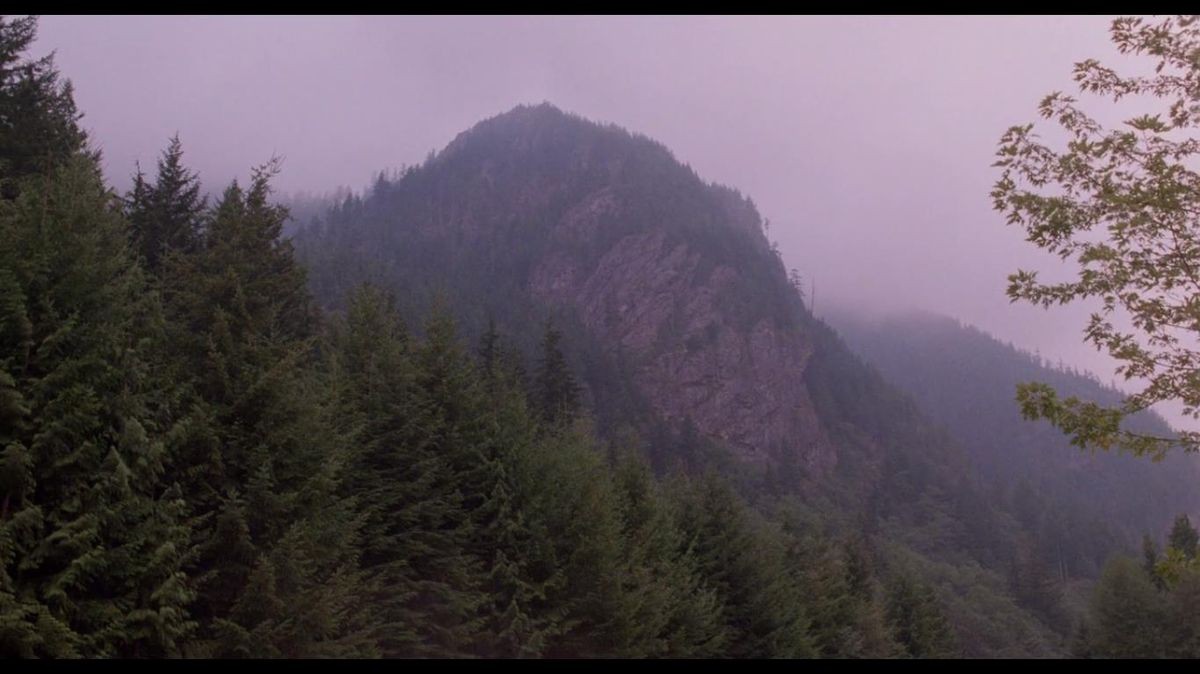 Doppelgangers, the split, dark half of a person created when the Lodge determines you have Imperfect Courage. These beings, in a way, are part and parcel of the term Twin Peaks. Everyone has two sides to them, a good and a dark half.  We also have Deer Meadow in Fire Walk with Me.  The denizens there are shadows of their Twin Peaks counterparts. The friendly Dale counters the cold Desmond. The maternal Norma counters the discouraging Irene. The affable Harry is opposed to the horrible Cable. The citizens of Twin Peaks, though, have doubles within the town itself. Several characters have their direct doubles not in some supernaturally nebulous Lodge or a faraway clime, but right there in the town.  This will be explored through several example pairings.

The first pairing is Audrey and Laura. This seems like an obvious example because their dichotomies have been explored within the fandom. Audrey is not popular; Laura is beloved. Laura exudes an air of innocence but she has a jaundiced experience of the world. Audrey seems like the vampy mean girl with her red heels and cigarettes in her locker, but interiorily she is the sweetest innocent. Audrey feigns mischief but grows into a wild-smart business woman. Laura’s life teeters on a pinhead. Audrey has a cold relationship with her father but it’s never to the point of completely shattering, whereas we know Laura’s chillingly, horrific family life. These two are the opposites of each other, but like any doppelganger, there’s a similarity, a kinship, with each other.  Both are playful, intelligent, sensitive, giving, loving souls who fight to keep their lights brightly burning.

The next duo seem like an odd pairing.  No one would connect Dale Cooper and Leo Johnson in any sentence, but some aspects of their personalities are very interesting to explore. One gives his life to being a white knight to women, whereas the other treats women like objects to be used.  One charges in, sometimes without preparation; whereas the other flees at the first sign of danger. Dale went into One Eyed Jacks to rescue Audrey and blundered into the Lodge to rescue Annie.  Leo didn’t even bother to untie Laura on the night she died, despite her frantic pleading, nor help her to a safe place when he found Jacques attacked outside the cabin. Leo lives by his appetites and never does a good or complete job on anything, especially his house. Dale obviously knows the difference between needs and wants and is one of the best Blue Rosers.  Leo is brute id, whereas, sometimes one wonders, if there is nothing but ego to Dale. There are similarities between the two, however.  It is interesting that Mr. C reminds viewers of Leo in many ways.  When Dale is living as Dougie, he is almost like the incapacitated Leo that viewers are presented with in the second season.  Both also have an unfortunate desire to objectify women. Dale sees them as objects, damsels to be saved. Leo sees them as maids or sometimes less than that.

The next example is interesting considering their social connection to each other and their former friendship. Harry and Hank were Bookhouse Boys, solid citizens yet the years changed them into something different. Harry always keeps on the right side of the law, whereas Hank breaks it with frequency. Harry gets used by the woman he loves, but Hank gaslights Norma with no conscience. Hank pretends to be charming but is actually cold and sociopathic.  Harry is quiet and no nonsense–always wondering about Dale’s interesting forms of investigative technique–but is warm, loving and affable.  Hank is a loner, not even encouraging Leo to step in his shoes (no pun intended) when Hank was in prison.  Harry has maintained so many friendships and a network of connections within Twin Peaks that everyone wants to help him when Josie dies.  Yet both of these men are good old boys at heart.  Neither would survive in larger cities or bigger population areas.  They are both small town, and Twin Peaks small town at that.

The final example is interesting to explore.  Garland and Leland are complete opposites of each other.  Garland Briggs presents himself as the harshest of fathers at the beginning of the series.  He is strictly military and knows it.  He physically punishes Bobby by striking that cigarette out of his son’s mouth. Viewers feel that Bobby has a bad family life because of this.  No wonder he is a hoodlum. But Leland seems like a kind father, crying over his daughter’s body.  He is friendly to everyone.  However, once the tables are turned both are revealed to be something else.  Garland at the very end of Twin Peaks turns into the best father in the town.  He is strict, but fairly so.  Bobby must have been no treat to raise.  The diary did say that Bobby was the type to burp in girls’ faces. In modern understanding, enlightened people know that boys don’t tease girls because they “like them.” Garland is gentle most of the time with him.  He did not strike his son when Bobby did his bravura ranting before the funeral.  The Major is spiritually enlightened to know that Bobby need not be worried about when the Vision struck him.  He is a truly loving and amazing husband to Betty, seeing her as an equal partner in their marriage

Leland however does horrific things to his daughter, while gaslighting and drugging his wife in the process. He is impatient and always keeps everyone on their toes and unbalanced. The Missing Pieces scene where he simultaneously makes the women learn Norwegian, yells his hunger, and stomps around comes to mind. Garland wants everyone balanced and is very patient with Bobby’s delinquency.  When mourning his daughter, he said that he feels as if he is in the dark, where Garland always has faith and hope in the future (perfect courage).   He exudes the veneer of a perfect family home but it’s rotting underneath.  Like any pairing, there is a similarity.  Both are old fashioned men but the old fashioned qualities differ.  Leland’s old-fashioned-ness reminds one of the old boy’s club.  Garland is a gentleman.  There is one smaller difference too. Garland is well read and cultured, Leland seems anti-intellectual.

Twin Peaks has displayed that not only do people have their shadow selves but also within the town itself are dichotomous twinings as well. A poor, little, rich girl versus the girl seemingly having it all.  A competent agent versus the bully trucker.  The affable lawman versus the sociopathic ex-con.  The shining example of father/husband-hood and the evil that men do. There are probably more examples as well, yet to be explored.